Steam Store Description (from Ad Blurbs) Although you are trading a little depth for speed, FM21 Touch still packs the finesse and quality of Football Manager 2021. All the top leagues and nations are included from around the globe and your player recruitment is powered by the world’s biggest player database, which features more than 500,000 active real-life players. 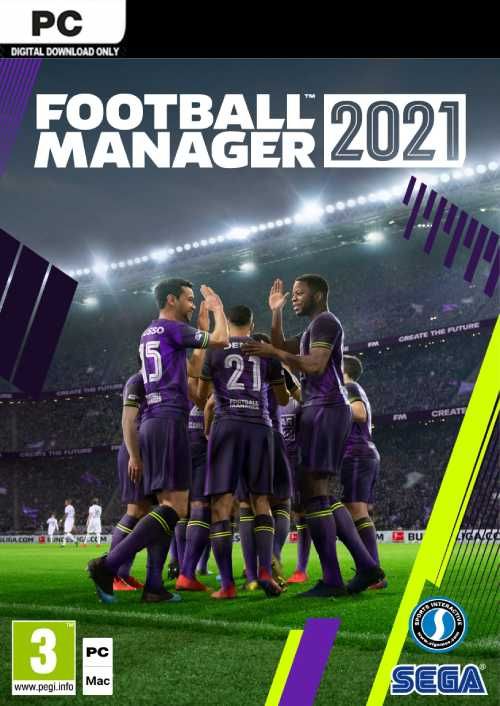 Listen on Anchor or download using the embed below

It is oddly fitting that I write this review shortly after my club had a catastrophic match against their rivals. This is because Football Manager 2021, or FM21, allows fans the chance to live out their biggest fantasy. Proving once and for all that they can do the job better than those overpaid superstars in tracksuits.

A game steeped in history

For the uninitiated, FM21 is the recent iteration in a long standing football managment simulation series. In the early 90’s two brothers (no, not the Oliver twins…) created the Championship Manager games. Alongside developers Sports Interactive, SI, the game quickly rose in popularity.

Since then, SI left it’s partnership with Eidos, and continued to flourish under new publishers SEGA (yep, that SEGA). The divorce meant that they couldn’t use the branding, but they had taken away what mattered. The game as a whole is critically acclaimed and has even pushed its way into real world football. With many clubs admitting to using their data when scouting talent and players curious as to their rankings in game.

But, as with similar sports games on the Switch, the game presented to fans is not the same as on console and PC. The Switch has repeatedly been given the FM “Touch” version, which advertises itself as a faster, shallower title. Sacrificing depth of features without having to compromise on the database. So does this FM “Lite” have enough to compete on the world stage? Or is it the video game equivalent of a Sunday league team?

Welcome to the Club!

The first thing to do is to create your manager and select your team. Whilst FM21 has technically three game modes to try, they are all variations of the same theme. Besides the main game, players have the option to replace any club in the game with their own creation. They can also complete a series of challenges, such as surviving a relegation campaign or winning a European cup with Grimsby Town (I may have made up that last one…)

Once you’ve selected your team you are met by the board of directors. They set you goals for each season they keep you employed and pass judgement on your decisions through the year. You are then guided through each of the game’s features as though you are having an induction to the club. These can feel a little tedious to fans of the series, but there is the ability to skip through them.

There is no I in team, but there is in UI!

Once you are finally with your feet under the desk, you can start to build your team. You’ve the ability to bid for players, negotiate contracts, set training schedules and scout new talent for the future. Your UI focuses a lot around your email inbox, and most things that require your attention can be actioned though that email. In matches you can make substitutions to replace injured players, or to breathe that fresh lease of life in the hope of mounting a dramatic comeback.

Between matches you can see the feedback from fans, interact with the media, and fine tune your managerial skills. Assuming that matches go your way, you will earn a new set of expectations, along with any available funds to help achieve them. But beware, as in real life, you are only ever a few match losses away from having to find a new club to take you under your wing.

The match day experience is where a lot of the watering down from the main game takes place. There are no pre and post game press conferences, no ability to upset players or other managers and fuel those rivalries that already exist. There’s also no ability to discuss the match ahead with the team. While these are key features in the PC game, it is clear to understand why they are taken out.

Thats not to say that the game doesn’t try to incorporate similar features into the touch version. During the match you have the ability to “shout” to your players with a variety of options designed to motivate your team, or even individual players. Whilst this is a nice feature, it becomes more of an exercise in timing the right emote at the right point of the game rather than a tactical decision.

They think it’s all over… no wait, there’s more!

The game provides a 3D “highlight reel” experience to the match play, with key moments of the game being played back to you. This is possibly one of the most anxiety inducing segments of any game. And this is a person who still has issues watching Mario levels with no ground. Having a reel begin with the opposition running at your defense, only to see them narrowly miss the goal is certainly an experience that can be described as “realistic.”

There are also plenty of opportunities to analyse the game, with a new feature called “XG” or expected goals. Which works out whether you’ve made the most of the chances you’ve created or if your tactic of pepper the goal with strikes is actually falling short.

As with all versions of FM to date, a lot of the decision making can be left to your assistant, creating a level of difficulty within the game without the need for specific settings. Training, youth development, scouting and a selection of other tasks can be left with your footballing equivalent of Will Riker, while you try and negotiate bringing Lionel Messi to Tranmere Rovers. Make it so!

But what about the kit?

A big draw of most sporting games I feel is playing YOUR club. The tribal instinct within most fans to bring glory to their hallowed turf is why a lot of fans get into the game, if not why they play it altogether. FM21 has a wide range of licences that mean, for the most part, your club is likely to be represented. Most of the more popular leagues are licensed and their club’s branding is splashed lovingly across the UI. The one big exception is the English Premier League. Here you are treated to block colours, with minimal branding, which is a disappointment and one that cannot be fixed with patches such as with the PC version.

The 3D visuals during match day have clearly had an upgrade from previous games, with player models looking more fluid and a generally more vibrant set of fans. There is also the option to resort to the “classic” 2D overhead mode for more traditional game play. It also removes the rare occasions where you will question how on earth a computer came up with a more complicated way to give the ball to the opposition!

In terms of audio in game, don’t expect anything besides crowd noise and the short sharp blast of a referee’s whistle. The game doesn’t really lend itself to a soundtrack though and clearly by not including one the game engine is able to do the bare minimum without causing any issues elsewhere.

Navigating the UI was, frankly, more frustrating than trying to navigate a team out of the football league championship. The game has tried to offer more access to features but in doing so has sacrificed what I feel was a more intuitive control set up in the previous game. The left control stick now highlights blocks of data, which have to be selected before you can then navigate them using the d-pad.

This control scheme became so frustrating that I resorted to using the touch screen. While this is possibly the intention, it makes playing the game in handheld or docked modes slightly more problematic.

The game did have some minor bugs whilst playing also. Whilst developing my avatar I managed to somehow clip the avatars neck through his shirt and break the poor guy’s ankle. Good job, he didn’t need to fill the gap in my team’s defense that’s all I could think. But while these bugs are irritating, I didn’t come across anything game breaking.

Is it a poor substitute for the main game?

So the biggest question is whether the compromises made for a portable management sim make it worth the purchase. What is clear here is that the developers know their game. They are able to trim areas of the game away without compromising its core. You might not be able to run every league in every country, but even someone who likes to continent hop can do so.

The game is clearly designed to get out what you put in. If you want to quickly fly through a season, then handing over a lot of control is an obvious option. But if you want to spend hours pouring over the data, then that’s just as much an option. There’s plenty of replay value, be it in challenge mode or simply setting yourself a new goal with a new team.

Football Manager 2021 Touch is a game that has a strong following already, and well deserved. The game works hard at giving the best possible simulation experience by making sure that what’s under the hood works well. But there’s always the question of how much tinkering goes on with the database besides updating the rosters? Having a portable version of an incredibly popular PC title is definitely a key selling point. The game is fun to play and doesn’t lose sight of it’s main goal even when trimming the fat.

However, the controls suffer from a case of trying to do too much. In giving the player so many options in front of them it makes navigating the various menus difficult and at times the controls felt unintuitive. The desire is clearly to use the touch screen, but this limits some of the flexibility of having a game on the Switch. 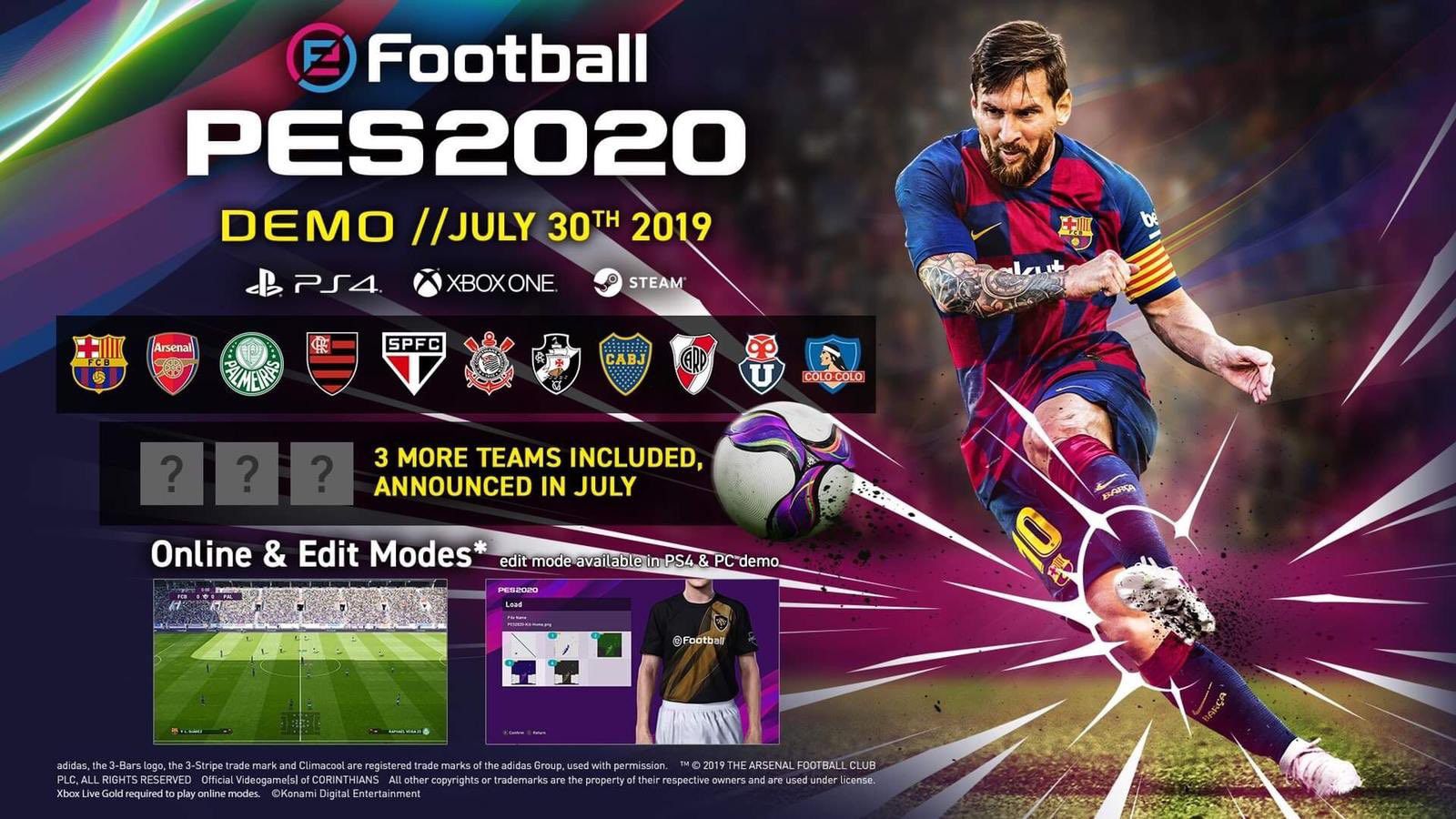