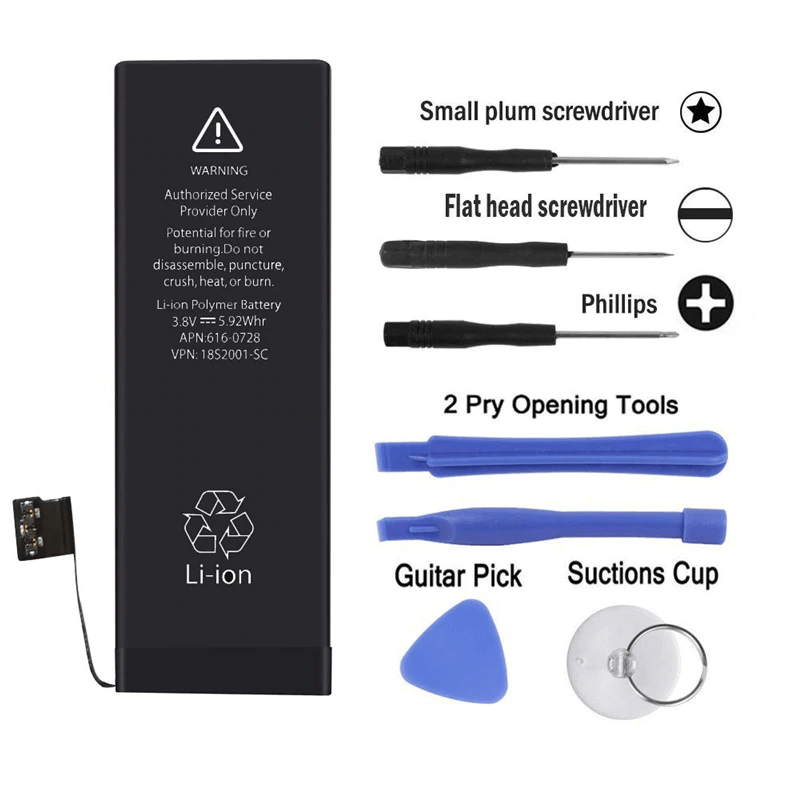 One of the biggest knocks on the iPhone has been its battery. It’s not removable, which means — like an iPod’s battery — it will eventually run out of juice and need to be replaced.

A true statement, as far as it goes. Batteries die. But many media reports this week have gone further. Take, for example, CNET’s review of the iPhone, which states that “Apple is estimating one battery will last for 400 charges — probably about two years’ worth of use.” Two years of use, the review says, and your iPhone dies. Or disappears in a puff of smoke, like those old tape recordings on “Mission Impossible.” Sounds pretty awful, right?

Apple estimates that the iPhone will lose 20 percent of its capacity — a darn sight less than 100 percent — “after 400 full charge and discharge cycles.”

“Sadly, there are some inaccurate reports out there,” Apple marketing vice president Greg Joswiak told me today during a brief phone call from New York City. Joswiak isn’t quite sure where the story went off the rails — David Pogue’s initial New York Times review of the iPhone mentioned the battery issue, but Pogue got it right: “Apple says that the battery starts to lose capacity after 300 or 400 charges.”

Somehow, though, things got lost in translation. And follow-on reports started claiming that 300 to 400 charges would be the end of the line.

“After 400 complete cycles, the iPhone’s battery still has 80 percent of its charged capacity,” Joswiak said. “And by a complete charge cycle, I mean completely draining the battery, a full chemical cycle.” In other words, using a little battery and then putting your iPhone back in its dock doesn’t count as a charge cycle. If you use a quarter of your iPhone’s battery and then re-charge it, Joswiak said, that’s the equivalent of a quarter of a charge cycle.

“If you top it off, you’re not wasting a charge cycle,” Joswiak said.

Apple’s iPhone battery page explains the rated life and lifespan of an iPhone battery, and also provides some helpful tips about how to extend battery life. For example, the page suggests that “for proper maintenance of a lithium-based battery, be sure to go through at least one [full] charge cycle per month.”

So let’s put this in perspective: if you completely drained your iPhone’s battery every day — which would be a whole lot of use, since Apple estimates the iPhone can offer up to 8 hours of talk time per charge — in about 13 months your battery would only hold 80 percent of its current charge.

Or to put it another way, battery use will vary widely from person to person, but generally your iPhone will still be providing all but the heaviest users with good battery life even two years from now.

“Most iPhone users will realize, as most iPod customers realized, that they never needed to replace their batteries,” Joswiak said.

For those who do eventually need to replace the iPhone battery a few years down the road (assuming they haven’t upgraded to a new model by then), Apple will offer a battery-replacement program. If your iPhone’s battery dies young (i.e., within the first year), then you’re covered by Apple’s warranty and the company will replace your battery for free.

And my guess is that by the time most original iPhone batteries are running out of juice, there will be many third-party companies who will offer to swap out your battery at a lower price than Apple’s official offering.

But it won’t be evaporating in a puff of smoke anytime soon.