Basic digital alarm clock without a radio. The mark in the top-left of the display indicates that the time is 4:00pm, not 4:00am. 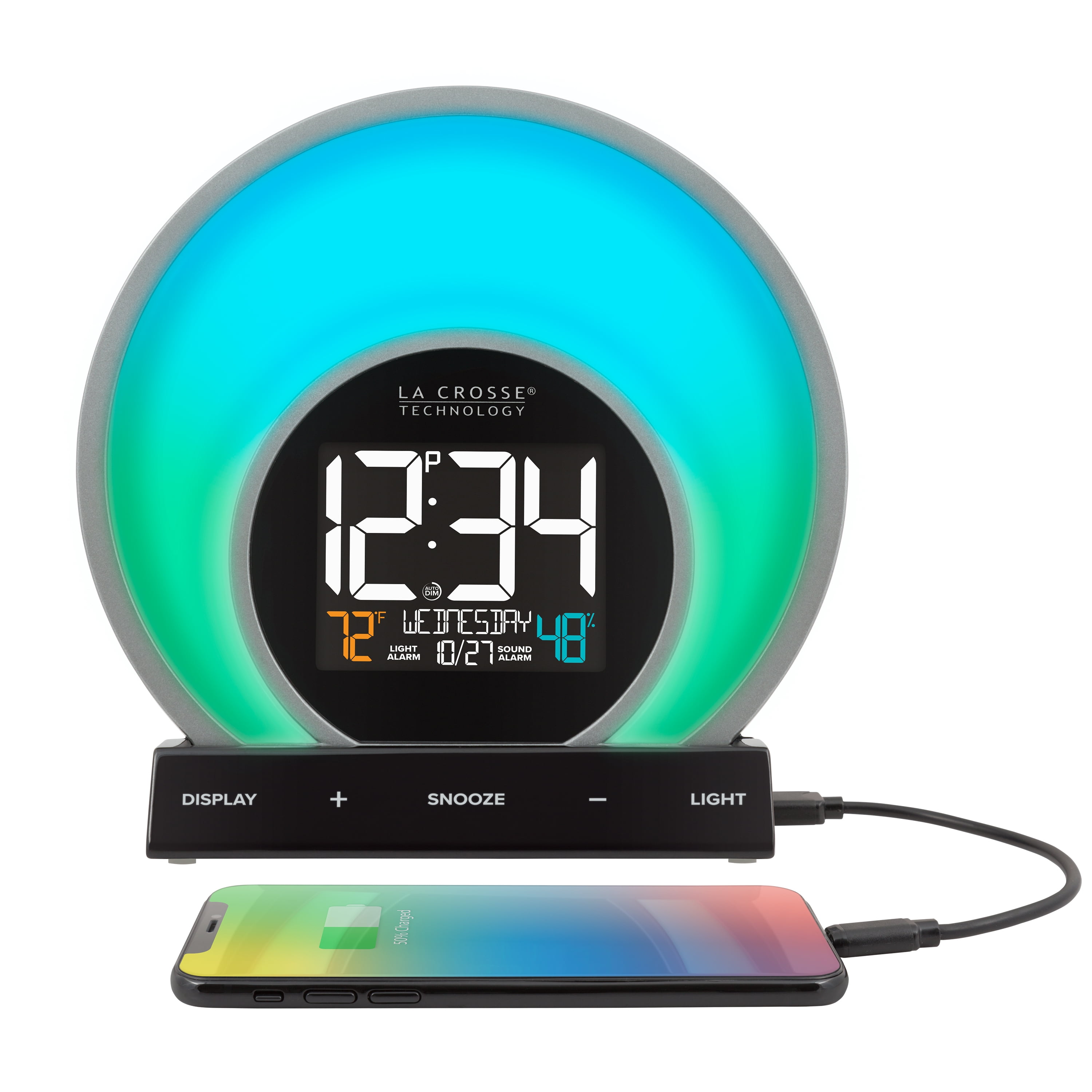 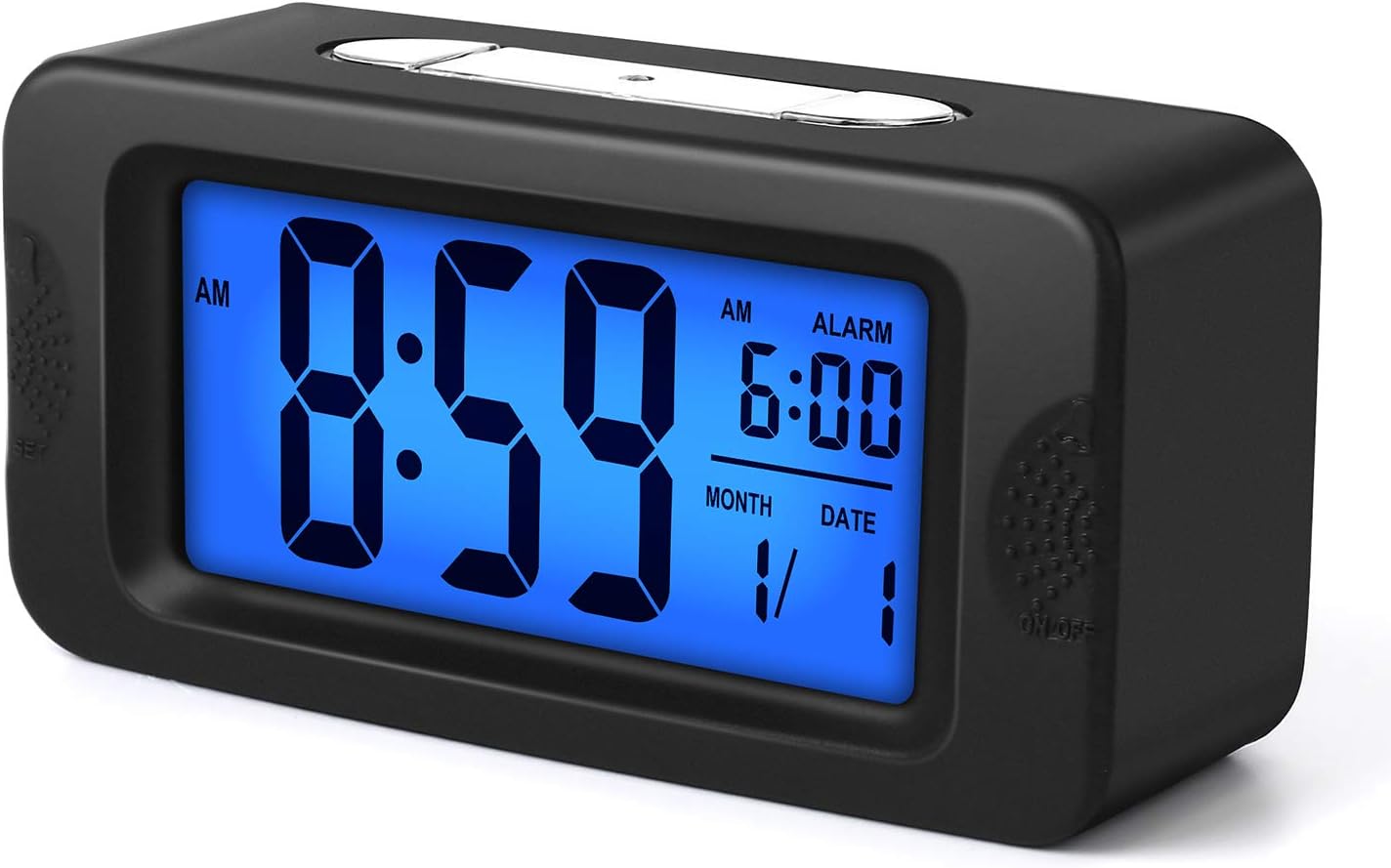