After many years of DaVinci Resolve Studio being only available to purchase in USB dongle form, BlackMagic Design released an Activation Key version which has become the norm for the vast majority of buyers.

Although both versions are the same price and both are perpetual licenses giving you access to all future updates, the right version for you depends on how you will use it. Below, I delve into detail around the differences.

The dongle version can be the only option for many high profile productions which are likely to have security measures requiring an ‘air gap’ to be maintained, at all times, between footage and any connection to the internet. The dongle gives you the ability to move your license around multiple machines, provided they have Davinci Resolve Studio installed. Updating to new versions of resolve will still require a temporary connection to the internet or for the software to be transferred from a portable hard drive. The Activation Key can still be suitable in such an environment, which I cover in next section.

The dongle could be the most convenient, if you will need to work on multiple machines, as you can simply take it with you wherever you go and plug it into any number of machines with Resolve Studio installed. BlackMagic have thought about this with the Activation key though. You can have the key registered to two machines, allowing you to chop and change between a laptop and an edit suite etc. without needing to register the additional machine each time. You can register the Activation Key to a third device – doing this simply deactivates the license from the two previous machines, then one can be reactivated. Deactivated machines will be unable to use Resolve Studio when they next connect to the internet.

One of the obvious drawbacks to the dongle is how easily something so small can be lost and although they are robust, it is possible to damage them. That said, it is also possible to lose the Activation key, if you don’t make a note of the code and lose the pack it arrived in. In theory, if you mislay your Activation key packaging, someone else could find it and register the key onto further devices. Although, if you both know the code, this could just result in a registration tug of war.

Can the Activation Key be emailed to me?

In short, no. BlackMagic don’t sell direct and their distributors and resellers aren’t allowed to open the packaging. This is to protect the buyer and avoid concerns about the tug of war situation above. We will usually have Activation Keys available for collection from our London office, or next day delivery, if ordered by mid afternoon.

Freeing up an extra USB port 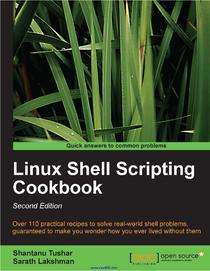 The dongle will use up one more of your USB ports. The Activation key doesn’t.

Perhaps this isn’t so important since Resolve Studio dropped in price from £700, but the dongle can be sold to another person or business for them to use. The Activation key isn’t so straightforward as any buyer would need to trust the previous owner to not use the Activation key code again.

The Activation Key version will be more suitable for almost every client, unless they will be used on machines that must remain disconnected from the internet at all times. In my experience, every client who has contacted me to buy the dongle has instead purchased the License Key version when they understand how the licensing model works.