Today in this blog we will discuss on why Blackmagic Design took a gigantic leap from Fusion 9 to Fusion 16.

Fusion is the post-production image compositing software developed by Australian company Blackmagic Design from 2014 and originally authored by Eyeon software.

The very first version of Fusion was written in DOS and was not commercially available.

Fusion in DaVinci Resolve 16 and Fusion Studio 16 have almost the same interface, but there are reasons to use one over the other.Learn about the differences.

It is a node based interface in which complex process can be built up by connecting a flowchart of many nodes where each node may represent a simple process of blur or colour correction.

It was the compositing software with great possibilities for the VFX artists.

Fusion 9 consisted flexible parameters which could be easily modified for digital compositing.

It was highly modified software compared to Fusion 8 and previous versions.

The artist working on Fusion 9 could easily import 3D models and scene from other applications into it.

It had great tools to create 2D and 3D titles for motion graphics and can automate broadcast graphics such as weather, news headlines etc. Rather than making a bridge between two softwares; Blackmagic integrated Fusion and DaVinci Resolve 15 seamlessly to help digital artists.

It was a huge leap for Blackmagic Design which has been appreciated by entire media and entertainment industry.

Before integration DaVinci Resolve and Fusion used to run on different timeline and versions.

The editing module of DaVinci Resolve 15 is easy to learn, faster and powerful.

It can handle heavy audio/video files from the camera.

Presently Fusion 16 is available as bundled with DaVinci Resolve 16.

DaVinci Resolve 16 is announced as ‘The revolution in Editing’.

Fusion 16 is no longer present as independent software; it has been clubbed with DaVinci Resolve 16. 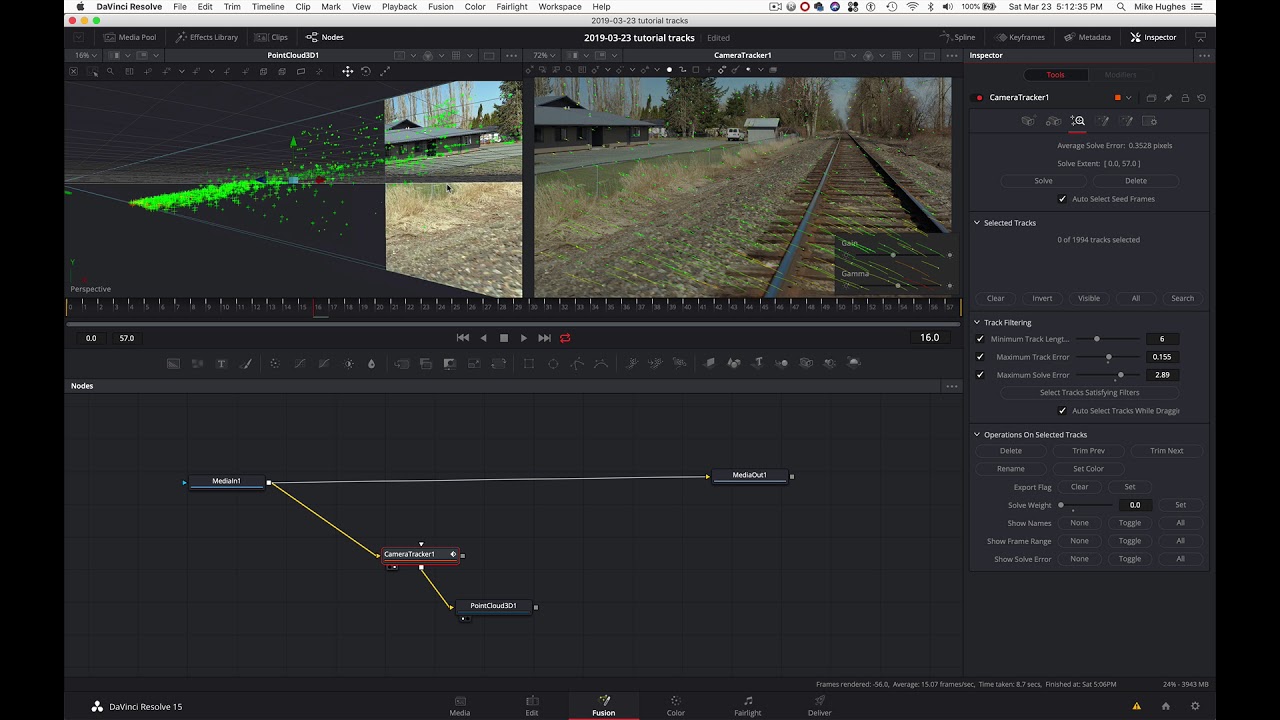 Improved Fusion tab inside DaVinci Resolve is a tremendous aid for wide range of artists like editors, VFX artists, colourist and audio/video post-production.

This highly useful software saves a lot back and forth time of rendering and re-rendering.

The integration allows synchronization of various editing and other post-production effects in real-time.

Within DaVinci Resolve 16 one can easily move between editing, colour effects and audio effects with a single click.

It has new cut page specially designed for editors to work quickly on tight deadlines.

The export tool of DaVinci Resolve 16 helps to upload projects to YouTube and Vimeo from anywhere in the application.

It is available free for commercial and production work.

Projects files can be saved easily as the render output is without water mark.

Editor Keyboard includes standard computer keyboard along with components for controlling the Resolve software for example dial for changing the timeline position.

Editor Keyboard supports the use of two hands for editing tasks.

Hollywood features films like La La Land, Best of Enemies, Prometheus and many others has been edited using this wonderful highly efficient software DaVinci Resolve 16.

Fusion within DaVinci Resolve 16 has many new modified features.

The VR toolset of Fusion 16 includes 360 degree 3D workspace, panoramic viewer and support for all headsets for interactive VR workflow.

By wearing headset the user can interact with elements in the VR scene in real time.

It has the node-based digital compositing workflow that allows the artist to connect quickly effects and tools together in a flow chart style.

Detailed audio waveform can be viewed within timeline.

Fusion 16 has camera tracker with 3D output of camera motion and point cloud.

It has Delta Keyer for advanced chroma removal functions.

High quality industry standard Rotoscoping through planar tracking is possible in it.

In Fusion 16 2D/3D text creation is easy with complete control over every parameter of a font colour, size kerning and layout.

It has Accelerated GPU computations tools to increase productivity.

File format compatibility like DNxHR, MXF and DNxHQ to increase support for production pipeline in conjunction with other software.

Therefore the jump from Fusion 9 to Fusion 16 by Blackmagic Design has proved to be great benefit for the audio/video editors.

Get informed more about Blackmagic Design Fusion 16 from any of our MAAC Centres.